Why Do Healthy People Become Dependent On Healthcare? 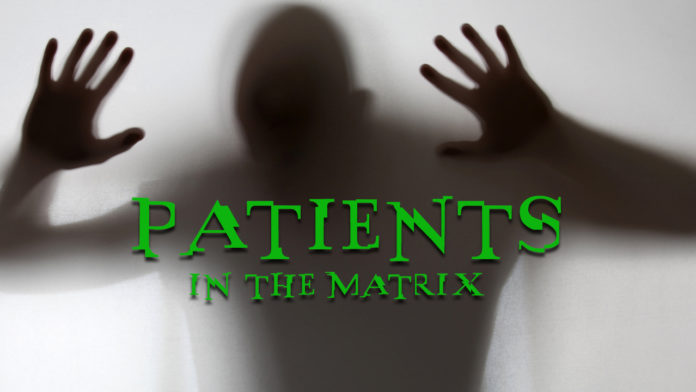 In my previous blog I explored why so many clinicians remain loyal to modern allopathic healthcare systems that are not delivering effective and safe services for patients. I showed why the clinicians are willing participants in a designed system. A system designed by the few to harness the many for the benefit of the few. Matrix healthcare. As Morpheus said, “many of them are so inured, so hopelessly dependent on the system, that they will fight to protect it”. But it is not just the clinicians that stay with the program, as there is no shortage of patients who are also willing participants in the system.

For those with eyes to see, the last two years has repeatedly revealed the dangers of modern healthcare. These dangers are not new and were present long before 2020, but were harder to see. Whole generations have come to believe that hospitals are a place of safety when they are unwell. The reality is somewhat different as even the official statistics show that the modern healthcare model is responsible for a large number of deaths every year.

Look up “iatrogenic deaths per year” and decide for yourself how safe allopathic medicine really is.

Yet the demand for healthcare has never been greater as demonstrated by record waiting lists for hospital treatments and over-stretched primary care services that face a rising tide of unsatisfied and demanding patients. Clinicians that realise that they are working in a sub-optimal system learn to find ways to keep their heads down and not to challenge those with power.

But most clinicians are still oblivious to the true reality of our designed system healthcare existence as observed by Agent Smith in the Matrix movie: 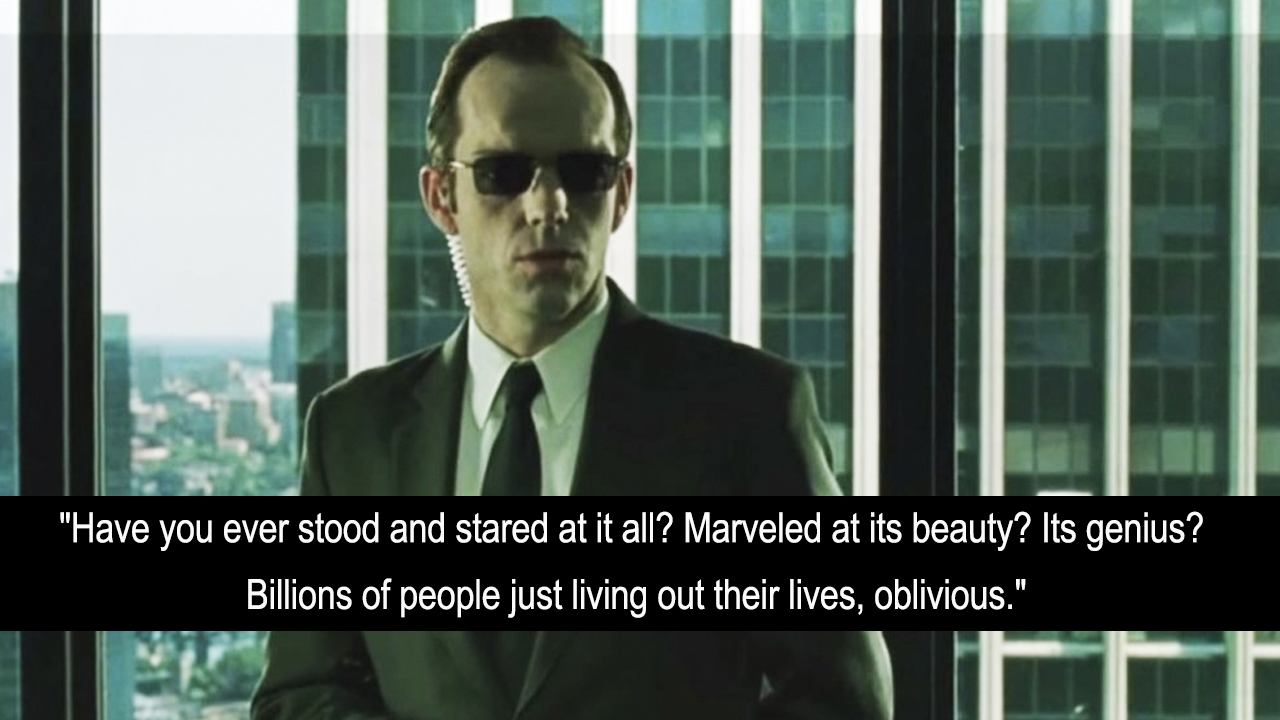 The pharmaceutical and food industrial complex dominates and perpetuates healthcare. Industrial food makes you sick and industrial pharmaceuticals are the treatment. But the drugs are not designed to be the cure. It is a marriage made in…. well, not heaven that’s for sure.

As all corporations require growth, more and more healthcare every year is the only arrangement that works for the pharmaceutical industry. Their very successful business model creates plenty of sick people that consume healthcare and become long term patients. The industry knows there is no profit in healthy people. There is no profit in dead people either, so the drugs need to be good enough, but not too good.

If the drugs worked there would be less patients every year.

Modern healthcare systems are usually good at dealing with medical emergencies such as bone fractures and cardiac arrests but are far less effective at managing chronic conditions. Doctors are very good at making diagnoses of chronic conditions but can quickly lose interest in the patient once they have solved the initial challenge of what is wrong with them.

Once a patient has been diagnosed with a long-term condition it is rare that the condition is managed in a way that leads to the diagnosis being reversed. Even if the patient recovers their full health and no longer has symptoms, the diagnosis remains in their medical record. The patient is not seen as having been cured or healed, instead they are referred to as being in remission. Patients in remission are expected to start to show symptoms of the disease again in the future and then the treatment options will inevitably lead back to more drugs.

So why do increasing numbers of healthy people become patients if healthcare is not actually about health?

Like a moth to the flame they are attracted to the very thing that can and does kill them. The attraction is a designed part of the system; white coats, shiny new hospitals, drugs marketed as safe and effective. The system ensures that the harms and deaths are hidden from view to preserve the appearance of healthcare as a purveyor of health itself.

“It is the world that has been pulled over your eyes to blind you from the truth”. 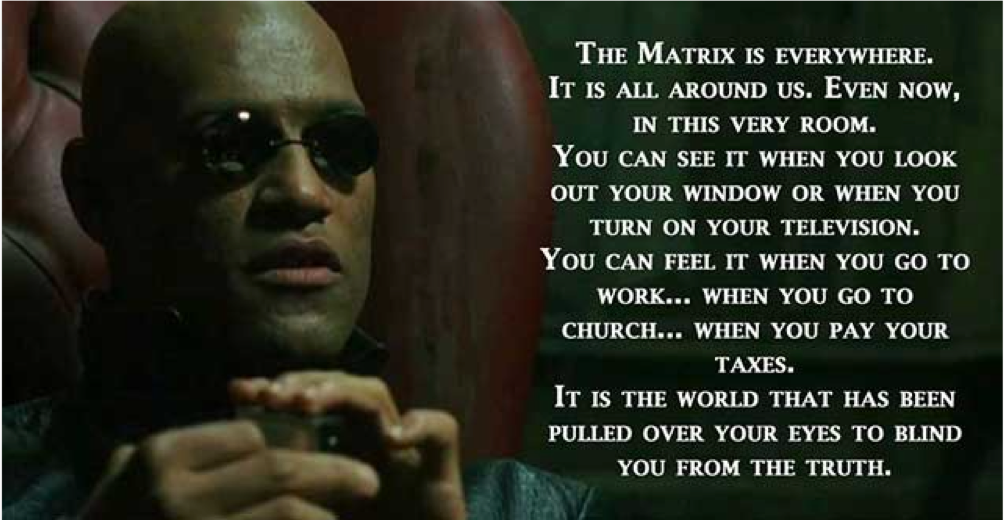 No patient should feel guilty for falling for the healthcare illusion as the true reality is deeply hidden behind layers of bureaucracy, slick marketing and a clinical workforce that for the most part also believes the illusion. Morpheus once again states wisely; “unfortunately no one can be told what the Matrix is, you have to see it for yourself”. It is only when you are on the outside that you can see the system for what it really is. It is almost impossible for most patients and clinicians in the system to comprehend that they are living within an illusion.

The System Tells You Where To Look And What To Think:

Patients do not have access to high quality, impartial information that would allow them to make fully informed choices when considering which treatments and procedures are right for them. In many cases, the clinicians are not much more informed than the patients. It is very easy to create the belief in patients and clinicians that a given drug or procedure is much more effective and/or much less harmful than is actually the case. See my previous blogs on the Pfizer data for some of the relatively simple deceptions that are used on the unsuspecting participants in the system.

At the beginning of the doctor-patient relationship the patient may still want to regain their independence from the healthcare system, but in time the patient comes to accept and eventually need the system. This need is frequently incorporated into the patient’s identity, as they take on the persona of the disease that they have been diagnosed with. In the current fragmented world where meaningful human relationships are less common, it is easy to see why patients become attached to a disease or a clinician to give them some sense of importance and human connection.

Patients trust the healthcare system to give them a chance of returning to their previously healthy and independent life. But the system is not set up to understand the root causes of disease and clinicians have few options to address these root causes in our society. In reality patients surrender their sovereignty to the system, become less capable of taking responsibility for their own health and seek the guidance of the system for less urgent and minor health issues. Eventually the clinicians and patients become trapped in a codependent relationship where both are unhappy but need each other for their existence within the system.

Escaping From The System:

Just like the in the Matrix movie, some people already thrive outside the modern healthcare system. Some are born into families that already value ‘alternative healthcare’ providers, whilst others have left the system due to their own adverse experiences of allopathic healthcare. The Covid years are accelerating this trend as more and more patients that previously sought modern healthcare no longer trust their doctor or the system.

So we are not starting from ground zero. We are merely rediscovering the world that existed before the creation of Matrix healthcare. This world has always existed but has been deliberately hidden from the view of most people. All we need to do is withdraw our energies from Matrix healthcare and invest them instead in true holistic healthcare.

Responding to the increasing numbers of disillusioned patients, I am observing holistic healthcare practitioners connecting across the UK to provide health services to their communities. This true healthcare revolution is now accelerating around the world and will progressively take over from the old system as it continues to fail.

Once people experience their optimal health within the true healthcare revolution they will not want to go back to the Matrix healthcare system.

Then they will then no longer be known as patients.