[DIY EXPERIMENT] Test Your Faith (then pass it on!) 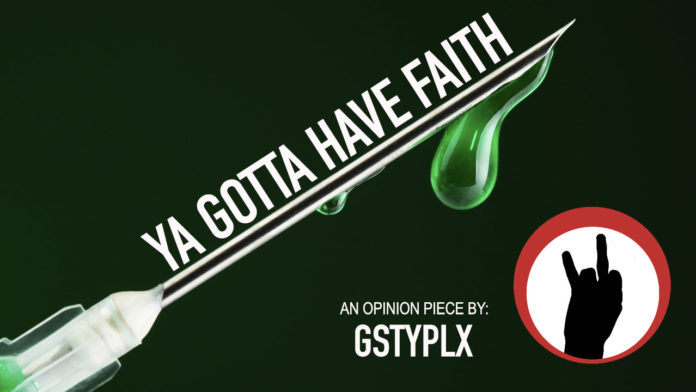 *An Opinion Piece by GSTYPLX:

Discussions on the topic of HEALTHCARE can be exhausting.

For starters, it’s fundamentally hard for some of us to imagine the mindset of those who willingly (some might even say, passionately) choose to outsource the very basic responsibilities of one’s own health to a commercial third party.

Of all personal responsibilities to shun… the care, maintenance and upkeep of your body seems an odd and profoundly un-wise choice.

What could possibly be a more important priority than directly investing your resources towards your immediate and ultimate health and that of anyone you may be responsible for?

We all know individuals who absolutely would not haphazardly trust friends, neighbors or their own family members with a car, boat, favorite guitar or even their thousand-dollar Apple fondle slab.

Yet, these same individuals FAITHFULLY trust commercial corporations with arguably the most valuable asset one can possess… their very health and well-being.

Also factor in that most adults – even the normiest of the norms – know that these very same corporations who provide them access to the “benefits” of the Medical Industrial Complex are part of the same corporate structure that is also exposing them to toxic food, toxic water, toxic air, toxic frequencies, etc

All of which are contributing negatively to the care of one’s health.

In fairness, you do have to hand it to the corporate structure. They are absolute masters at PROBLEM/REACTION/SOLUTION.

To observe individuals participating in this dynamic is hard to watch. But the level of FAITH that some place in these corporations is genuinely hard to process.

It’s nothing less than a religious-level of faith, with all the components that religion requires:

– Belief in, and praise given to higher authorities
– Personal surrender
– Hope
– Belief in things actual science (not corporate science) has yet to prove

To be clear: It’s not the actual act of FAITH that is hard to understand. In most cases FAITH is usually soundly substantiated, earned and deserved.

It would be challenging to make the case that the vast majority of the corporate structure has earned or deserved such a level of FAITH.

Also factor in the narcissistic cancel culture landscape of today where celebrities and politicians (is there a difference?) can have their careers wiped from existence for an unwelcome workplace touch or suggestive comment… yet the very same cancel culture allows the corporate structure to commit crimes that are actually resulting in the death of many, many people.

And this continues to occur with little to no mass public outcry or reaction. But God forbid… Kanye West threatens Pete Davidson over Kim Kardashian.

Depending on which search engine you use, you will absolutely see some familiar names in every single one of the top results. At the bottom of this article is a list of results worth noting.

But one name is guaranteed to be in EVERY result… 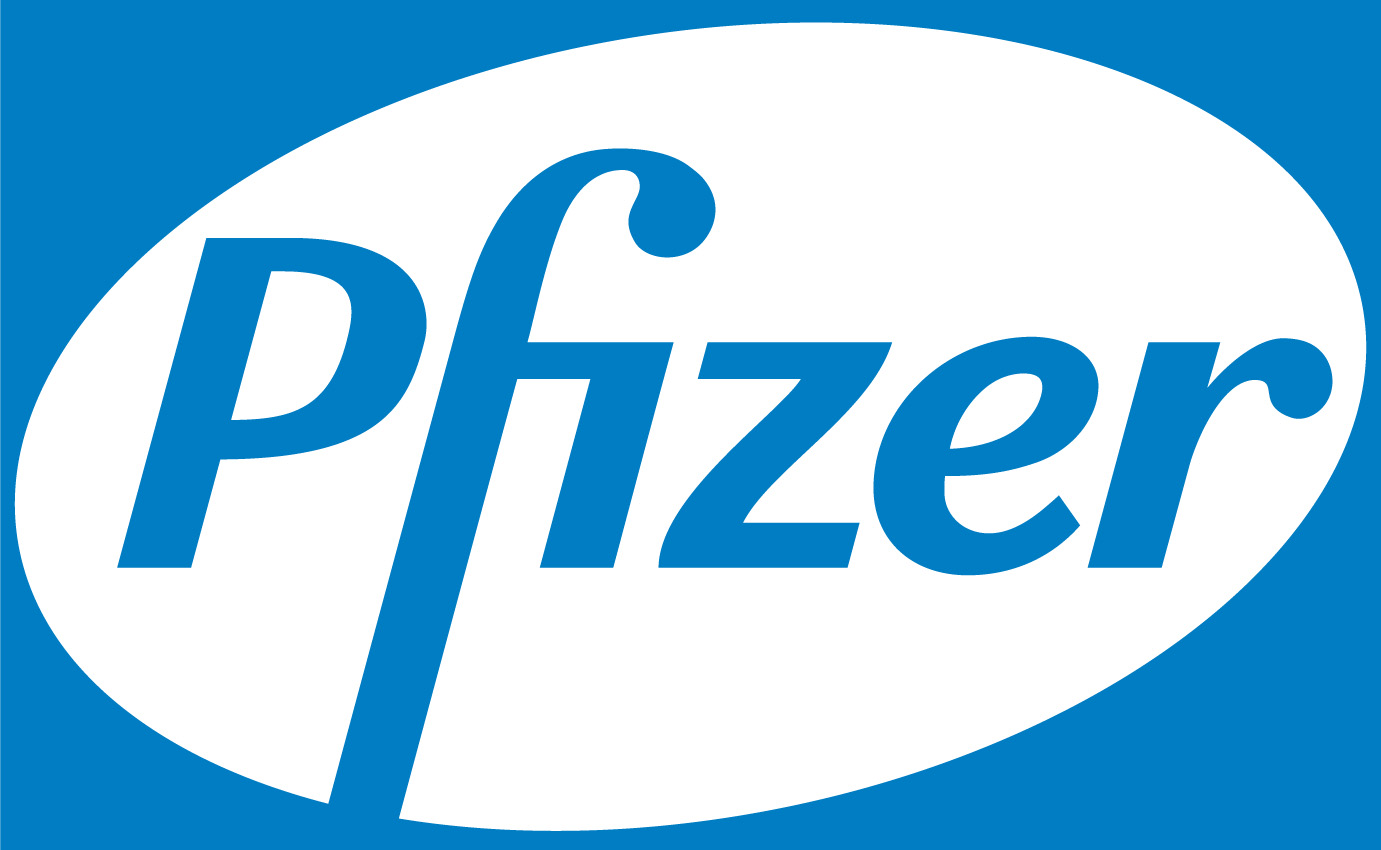 In Pfizer’s 2009 settlement, the company had to pay a criminal fine of $1.195 billion and its subsidiary Pharmacia & Upjohn Company Inc. had to forfeit $105 million, for a grand total of $1.3 billion. It’s still the largest criminal fine ever imposed in the U.S.

The company pled guilty to felony charges or violating the Food, Drug and Cosmetic Act by misbranding the anti-inflammatory drug Bextra and promoting it for uses that the FDA “specifically declined to approved due to safety concerns,” the Department of Justice stated.

Interestingly… the top search return on Google happened to be a 9-9-21 Scotsman.com article by Liv McMahon titled:

“Who paid the largest criminal fine in history and why?”

Pfizer, Covid vaccine producer and US pharmaceutical giant, is one of several companies hit with multiple billion dollar criminal fines in recent history – but which company paid the largest ever criminal fine?

Pfizer has often been reported as paying the largest criminal fine in history – with the pharmaceutical company falling foul of US regulators in 2009.

Also of note is the Wikipedia page for LIST OF LARGEST PHARMACEUTICAL SETTLEMENTS:

*PLEASE NOTE: Pfizer has the distinct honor of appearing on this list TWICE. As does AstraZeneca and GlaxoSmithKline.

Considering what has been presented and sourced here, it is absolutely FACTUAL & ACCURATE to refer to Pfizer as a CRIMINAL organization. One that has been publicly documented and mathematically-proven to be one of the LARGEST criminal organizations of all-time.

So why then, people of FAITH… those who have chosen to faithfully inject Pfizers holy sacrament directly into the temple of your body… would any of you harbor any ill will or resentment towards those who choose not to interact with a product that was produced by a known, documented and legally prosecuted (multiple times) criminal organization?

*Johnson & Johnson and AstraZeneca faithful don’t get to skate on this one either. Both appear on the Wikipedia list twice. And as previously noted,  J&J is in the Top 10 as well. Just take a look at the list of RECALLS & LITIGATION listed on the J&J Wikipedia page: https://en.wikipedia.org/wiki/Johnson_%26_Johnson

On the topic of injecting experimental commercial chemicals into one’s body (aka: “Vaccination” in some social circles) far too many have taken a faith-based religious stance. Religious stances can absolutely be tolerated… as long as those religious beliefs are not forced upon others who may not necessarily be believers of the same FAITH.

And for those among us who’s FAITH on this topic keeps them trapped in a cable news/corporate social media bubble… perhaps understanding the proven and documented CRIMINAL aspect of this topic will help them better understand those who are hesitant, skeptical or absolute non-believers.

Allopatheist
(a-lə-ˈpā-thē-ist)
An individual who has no faith in corporate allopathic medicine or the allopathic-based medical industrial complex.

In 2009, Pfizer agreed to pay $2.3 billion in a criminal and civil liability lawsuit stemming from the illegal promotion of certain drugs. At the time, it was the largest healthcare fraud settlement in history.

In 2012, healthcare giant GlaxoSmithKline (GSK) agreed to pay $3 billion in criminal and civil charges for the unlawful promotion of drugs likePaxil and Wellbutrin for uses that weren’t FDA approved. However, Pfizer still holds the record for receiving the largest criminal fine in history.

In Pfizer’s 2009 settlement, the company had to pay a criminal fine of $1.195 billion and its subsidiary Pharmacia & Upjohn Company Inc. had to forfeit $105 million, for a grand total of $1.3 billion. It’s still the largest criminal fine ever imposed in the U.S.

The company pled guilty to felony charges or violating the Food, Drug and Cosmetic Act by misbranding the anti-inflammatory drug Bextra and promoting it for uses that the FDA “specifically declined to approved due to safety concerns,” the Department of Justice stated.

Big pharma companies have had their fair share of expensive fines, mainly for advertising the use of drugs for purposes not approved by government, called ‘off-label marketing’.
GlaxoKlineSmith

In 2012, GlaxoSmithKline paid £782million in criminal damages for failure to disclose safety data and off-label marketing and £1.45billion in civil charges.

The case covered a variety of miss-marketed drugs including antidiabetic, Avandia.
Pzifer

In 2009 the company paid a $2.3billion fine for false claims in one of the biggest fraud settlements in US history.

Pfizer Inc pleaded guilty to a US criminal charge relating to promotion of its now-withdrawn Bextra pain medicine.

The world’s biggest drugmaker was slapped with huge fines by the US government after being deemed a repeat offender in pitching drugs to patients and doctors for unapproved uses.

Pfizer’s marketing team promoted Bextra for acute pain, surgical pain and other unapproved uses, while its salesforce promoted the drug directly to doctors for those unapproved uses and dosages, according to the US Department of Justice.

“In addition to significant monetary sanctions, we we help ensure the playing field is level for all market participants.”
Abbot Laboratories

In 2012, US company Abbot Laboratories were hit with with a $1.5billion fine for unlawful promotion of the prescription drug Depakote.

Abbott pleaded guilty to misbranding Depakote by promoting the drug to control agitation and aggression in elderly dementia patients and to treat schizophrenia when neither of these uses was approved by governing bodies.

They failed to demonstrate that adding Depakote was any more effective than an atypical antipsychotic alone for that use.

At the time of the trial, the FDA – the Food and Drug Administration only approved the drug for three uses: epileptic seizures, bipolar mania and the prevention of migraines.
Eli Lilly

Three years earlier, in 2009, Eli Lilly was issued with a $1.4billion fine on similar charges.

It came after they pleaded guilty to promoting Zyprexa for such off-label or unapproved uses as treatment for dementia, including Alzheimer’s dementia, in elderly people.