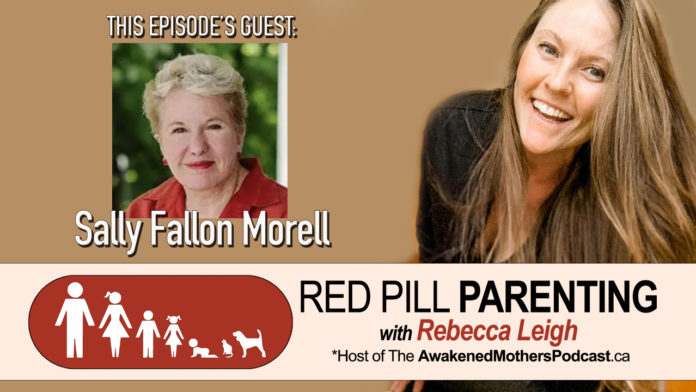 Sally Fallon Morell is founding president of the Weston A. Price Foundation, a nutrition education nonprofit based in Washington, D.C., that has fifteen thousand members and almost six hundred local chapters worldwide. Dedicated to restoring nutrient-dense foods to the American diet through education, research, and activism, the Foundation supports the wisdom of traditional diet as well as disseminating the research and dietary advice of dentist and nutritional researcher Weston A. Price, who studied the foods and health of isolated non-industrialized peoples around the world. Fallon Morell is editor of the Foundation’s quarterly magazine Wise Traditions in Food, Farming, and the Healing Arts.

She is the founder of A Campaign for Real Milk, which has as its goal universal access to clean raw milk from pasture-fed animals. In 2007 she launched the Farm-to-Consumer Legal Rights Foundation to protect the constitutional right of farmers to provide processed and unprocessed farm foods directly to consumers.

Fallon Morell is president and owner of NewTrends Publishing, serving as editor and publisher of numerous books on diet and health in the Nourishing Traditions® series. She is the co-author with Mary G. Enig of Nourishing Traditions: The Cookbook that Challenges Politically Correct Nutrition and the Diet Dictocrats and of Eat Fat Lose Fat. They are frequent contributors to holistic health publications.

Profoundly influenced by E. F. Schumacher, she emphasizes the benefits of an economy based on small-scale organic production and on food processing that returns added value to the independent farmer rather than to large-scale food processing conglomerates.

Sally Fallon Morell received a Bachelors Degree in English with honors from Stanford University and a Masters Degree in English with high honors from UCLA. She lives in Brandywine, Maryland, with her husband Geoffrey Morell. A journalist, chef, nutrition researcher, homemaker, and community activist who speaks French and Spanish, her nonprofessional interests include music, gardening, and metaphysics.

Links to The Awakened Mothers podcast: