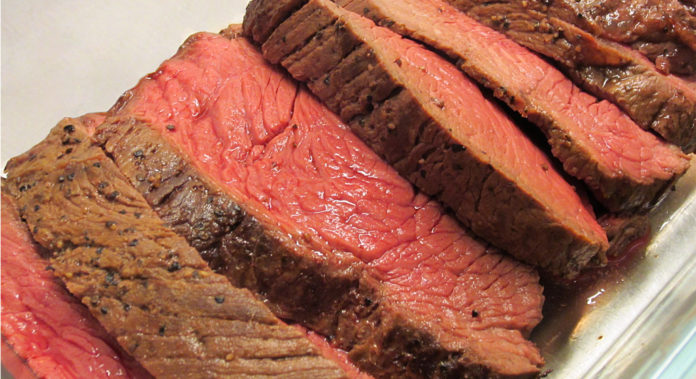 Super-rich diners enjoying steak at a trendy ‘vegan’ New York City restaurant is a perfect metaphor for these hypocritical times.

Another vain, left-wing exercise in wokery has been exposed as a fraud, with a ‘secret meat room’ for well-heeled carnivores being discovered at a famous New York City eatery which recently announced it was going ‘plant-based’.

It would be difficult to imagine a better metaphor for these divisive times than a restaurant ingratiating itself with the climate-change doomsayers by publicly going ‘vegan,’ while, at the same time, serving foie gras, beef tenderloin and pork dishes to rich patrons as the carbon-rich planet burns just outside the window.

That plate of hypocrisy is being served up hot at Eleven Madison Park – dubbed ‘Eleven Madison Pork’ by critics – a three-Michelin-star restaurant in New York City that recently announced that it had joined the anti-meat bandwagon now taking the woke crowd by storm.

In an article that appeared in The Wall Street Journal back in May, Daniel Humm, the celebrated chef and owner of Eleven Madison Park (EMP), was treated to a full-page article advertising his almost biblical conversion to environmentally friendly cooking.

“Like most fine-dining chefs, Humm is best known for meat and seafood dishes,” WSJ enthused with all of the marinated juices it could muster. “When it reopens on June 10, EMP will stop serving meat or seafood of any kind and make its dishes exclusively from plants – from vegetables, fruits and fungi.”

There was just one problem with that description: it was a bunch of baloney.

Could The Injected Be Subject To Remote-Control Illness & Death?