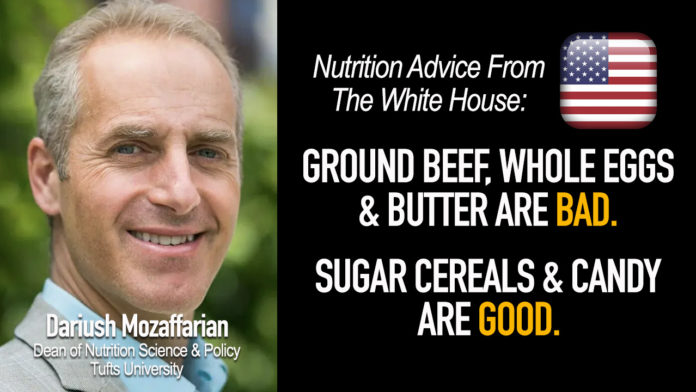 He is also funded by Bill Gates and the Rockefeller Foundation.

Slated for this upcoming September, the Biden White House will conduct what they are calling a “Conference on Hunger, Nutrition and Health” – a conference that has not happened since 1969, which led to a drastic change in American’s future health and agricultural atmosphere. 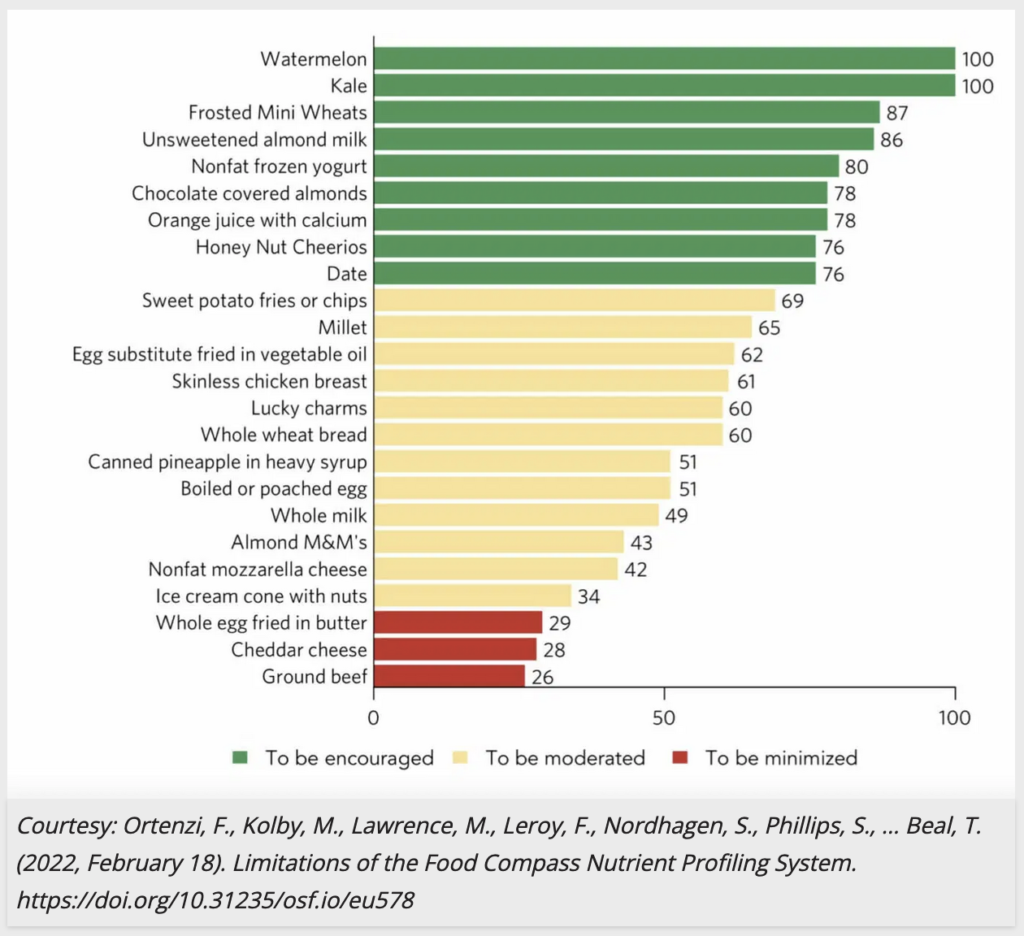 As can be seen, watermelon and kale earned a perfect score, with Kellogg’s Frosted Mini Wheats taking third, the popular vegan almond milks taking fourth, and even Honey Nut Cheerios making it into the ‘to be encouraged’ category.

Foods that Mozaffarian and crew say should be eaten in moderation include foods like chips, vegan egg substitutes fried in vegetable oil, General Mills’ Lucky Charms, and canned pineapple in heavy syrup.

But the head of the White House’s upcoming food conference says eating a whole egg fried in butter, cheddar cheese, and ground beef need ‘to be minimized’ – beaten out by an ice cream cone with nuts, and even Almond M&M’s which rank higher than the ice cream.