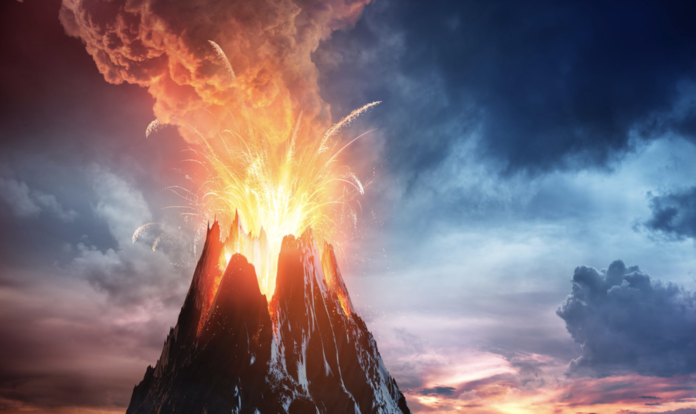 The volcanic eruption which began on the Island of LaPalma in the Canary Islands, Atlantic Ocean, off the northwest coast of Africa seems to be getting some help: artificial help to make it WORSE! Evidence below:

When the Cumbre Viejo volcano on La Palma began erupting on September 10, it immediately became the focus of intense attention because that island is the only place in the world which can generate a Tsunami wave, which is capable of literally destroying the entire east coast of North America.

Back in the 1990’s several scientists closely studied and even went inside the then-dormant volcano and found that the entire southwest flank had become unstable and could slide into the Atlantic Ocean. That unstable land mass is the size of the island of Manhattan, NYC, and would generate a tsunami wave.

Computer models showed the tsunami would begin hitting the US east coast within 7 to 8 hours, and would smash almost all the major cities, with a wall of water 30 meters to fifty meters high. That would mean a wave 100-164 FEET tall, lasting 5 to 45 minutes as it flooded 12-15 miles inland.

As interest in the eruption grew, people starting paying closer attention to what was taking place there.

Tonight, that attention has paid off.